We are at the beginning of Christianity’s most impressive week. One in every three people in the world calls him/herself a Christian. To be a part of this family means to stand in a two-thousand year tradition that has left many marks on society — bad as well as good. For centuries, the liturgy of Holy Week has been directed to renewing faith, deepening love and awakening hope.

Jesus is welcomed today like a king. He makes his happy entry into Jerusalem. The happy entry gives way to the horrible agony: the Calvary trip to Golgotha, the way of the Cross. Jesus chooses a kingdom of love and not of power. He is a Servant King. We compare the political, economic and other driving forces of our societies to a different kingdom, one based on another set of values, one with a constitution that casts the mighty from their thrones, feeds the hungry, places the poor in the front seat and heals the broken.

Processions are forms of protest

Processions of all shapes, sizes and motivations are part of our human culture. No protest is complete without a procession. Processions may be simple and casual but even these can be very significant, telling what is in the heart of a people. Many members of Pax Christi and other justice and peace groups regularly come together to raise many forms of injustice in silent protest, through processions and silent walks. They are a visual expression of indignation. They are always cries for change and improvement for people and their environment.

In many parts of the world, Passion Plays and processions are being held during Holy Week. In spite of questioning God’s existence or of life after death, in spite of all the recent press about child abuse by religious, the story of Christ’s suffering, death and resurrection continues to move the hearts of hundreds of millions around the world. The unique story of Christ belongs not only to one denomination or Christian tradition but belongs to the whole of humankind. Churches and denominations are merely the instruments pointing towards Christ.

The story about an innocent victim being subjected to a mock trial resonates because it still happens today. We still cover up the truth, defend our own interests, and deny compensation, lying and cheating. We still discriminate against people, tell half-truths, live by corruption, let jealousy or rivalry stand in the way. You name it, it happens. Human rights are violated in many situations often involving the poor and the innocent. Recent decades have brought us face-to-face with accounts and pictures of unbounded human cruelty and suffering. The savagery of war is rivaled only by the violence of crime in a spiral of destruction that endangers our world.

The core of the Passion story is not to highlight the cruelty of human beings, severe though it be, but rather to recall in faith who suffered and why Jesus went through it all, not only freely but also with a sense of genuine fulfillment.

Identification with actors in the story

We relate to the Passion story because we can identify with the different actors in it:

The Passion story is about you and me

Of course, there is the Suffering Servant himself. Like all innocent victims, he doesn’t say much in the longest gospel reading of the year. At this stage in his life he acts rather than speaks. His silent witness becomes a universal language understood by all cultures and races at all times and places.

The Passion story is about you and me. We are called to change things for the better, to right an injustice, to protect the defenceless, to welcome the stranger, to challenge the established, to build peace. We need to end the globalisation of indifference which gives rise to a culture of exclusion in which the poor, marginalised and vulnerable are denied their rights, as well as the opportunities and resources that are available to other members of society. Words are good but that is not enough! Words alone will not produce change. To make change happen, we have to give of ourselves. Action is needed.

The Cross is part of the search for authenticity and credibility. From that Cross we learn about concepts like commitment, reliability, solidarity and trust. In biblical terms this is called Passion; in today’s terms, we call it love. When there is love, there is life worth living.

Ubi caritas et amor. Deus ibi est.
Where charity and love are, God is there.

The Passion story invites us to begin Holy Week as an annual retreat for all Christians. We go back to the roots of our faith, and from these roots, we plant a life-giving tree. 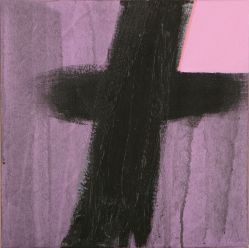 But Jesus rides on a donkey. In eastern cultures, like the one in which Jesus lived, the donkey was considered an animal of peace; the horse was a war animal. A king riding a horse intended to wage war, and one who rode a donkey was conveying a message of peace. Riding a donkey into Jerusalem symbolized Jesus’ entry as the Prince of Peace.

The reign of God that Jesus announces during his ministry is a reign of peace and nonviolence. The first reading is from Isaiah, chapter 50, and is part of the third Song of the Suffering Servant:  “I gave my back to those who beat me, my cheeks to those who plucked my beard; my face I did not shield from buffets and spitting.”

The second reading from Philippians continues with: “[Christ] emptied himself, taking the form of a slave, coming in human likeness, and found human in appearance, he humbled himself, becoming obedient to the point of death, even death on a cross.”

The reading of the Passion on Palm Sunday completes this reflection. In his book Jesus, An Historical Approximation, Father José Antonio Pagola reflects on the death of Jesus and concludes, “Jesus understands his death as he always understood his life:  as a service to God’s reign for the benefit of all. Day by day he has poured out his life for others; now if necessary he will die for them.”

Those of us who receive our palm branches, who attempt to follow Jesus and announce the reign of peace, are called to this same commitment to serve others, without reliance on great sources of funds, without the use of manipulations, with respect for the dignity of our neighbors, and without weapons of destruction, like the latest missiles and drones.

We all know someone who, despite tragedy and hardship, gives of herself or himself with such dedication and cheerfulness, that you wonder how they do it. Where do they find the strength and the determination to go on?

Often in being humbled by life’s losses and suffering, we are offered the gift of faith, and with it, the love that sustains and calls us to be more than we think we are. For Maryknoll’s founders, the heart of being a missioner is love expressed with joy. In serving, in being humbled by our vulnerability when immersed in a strange culture, we lose ourselves – only to encounter Jesus in new ways.

Click here for the rest of this reflection, questions, a prayer, suggestions for fasting and action, and more.

What does it mean to celebrate Palm Sunday devoid of all power trappings and in the midst of a migration crisis and violence in all its forms?

Palm Sunday is the beginning of Holy Week. We accompany Jesus as he enters Jerusalem until his death on a cross. Jesus’s entry to Jerusalem is unique as he uses a colt and the people receive him by covering the path with their cloaks and palm branches as they shout aloud, “Hosanna! Hosanna!” Is this not a contradiction of what is expected of a king? Why did Jesus choose to use a colt instead of riding in the latest model helicopter? Why did the people use their cloaks and branches instead of a red carpet that befits such a leader? Why does he choose Jerusalem instead of going back to Nazareth, his place of birth?  Jesus is inviting us to shed off the trappings of power and embrace all people.

During this holy week we accompany Jesus, a king who is stripped of all the glory, who chooses to keep quiet when accused, to forgive and embrace all his enemies, to act nonviolently when spat on, slapped, crowned with thorns, ridiculed and nailed on a cross. He does not summon his mighty soldiers to fight for him, or disperse the crowds with tear gas, or kill using drones. He challenges his disciples to put away the sword and not to retaliate. Jesus’s mission is that all may have and enjoy fullness of life (John 10:10).

As we celebrate Palm Sunday this year, 2017, we are invited and challenged to active nonviolence which is at the core of Jesus’s mission – to speak, act and feel nonviolently when confronted with violence.

Teresia Wamũyũ Wachira, IBVM is a member of the Pax Christi International Board. Currently, she is a Senior Lecturer in Peace Studies at St. Paul’s University in Nairobi, Kenya.