This is the first installment of a regular feature on the Peace Stories blog featuring the stories of our 120 member organisations on five continents around the world. For November 2016, we’re getting to know Pax Christi Pilipinas. This interview was conducted by email with Jasmin Nario-Galace, President of Pax Christi Pilipinas. She is the Executive Director of the Center for Peace Education at Miriam College, Manila, Philippines, where she also teaches Peace Studies and Theory and Practice of Nonviolence at the Department of International Studies. She is both a peace educator and advocate. 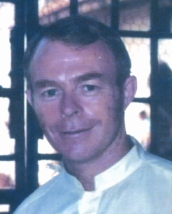 In 2004, Pax Christi Pilipinas (PCP) and Pax Christi Germany started a Civil Peace Service Program based in Bacolod. Since then, PCP has organised workshops and conducted training on peace concepts and skills, nonviolence and reconciliation, among others, and we offer a graduate degree on Conflict and Reconciliation Studies. PCP has also served and took leadership roles in various peace and disarmament networks such as the Philippine Action Network on Small Arms (PhilANSA), Philippine Ecumenical Peace Platform (PEPP) and Philippine Misereor Partnership Incorporated (PMPI). We have led in doing action research such as the Peoples’ Consultation on the Arms Trade Treaty and Dialogue Mindanao. A regional peace-building program, the Visayas Peacebuilding Institute, was started in 2010 where courses for peace advocates such as peace education, peace journalism and conflict transformation and reconciliation were offered. We have developed modules on Catholic Social Teaching for trainings … Today, PCP continues to be active in supporting peace processes and global and national disarmament initiatives.

Q: What is the structure and who are the people involved in Pax Christi Pilipinas?

Currently, there are active geographical areas (#1-5) and non-active areas (#6-10) of Pax Christi Pilipinas:

Q: What are the current issues you are working on, or what are your major priorities?

JNG: In the last PCP General Assembly at Miriam College in 2015, members agreed to focus our work on supporting the peace process between the government and the Moro Islamic Liberation Front, as well as the peace process between the government and the National Democratic Front, through active lobbying and campaigning for the adoption of the Bangsamoro Basic Law, among others. We also agreed to focus our efforts on disarmament work such as lobbying for laws that will help control the proliferation of small arms; campaigning for a treaty ban on nuclear weapons; as well as campaigning for the ratification of the Arms Trade Treaty.

Q: How is Pax Christi Pilipinas putting nonviolence into practice? What role does nonviolence play in your work?

Nonviolence is at the heart of the work of PCP. It is integrated in workshops as well as in academic courses that PCP members conduct. PCP members also participated in the Rome conference on Nonviolence and Just Peace (in April 2016). Those who attended are now part of the Education Committee where activities are organised and conducted to popularise the outcome statement.

PCP members’ support for peace processes and disarmament initiatives is a testament to our commitment to the method of nonviolence as a pathway to peace. 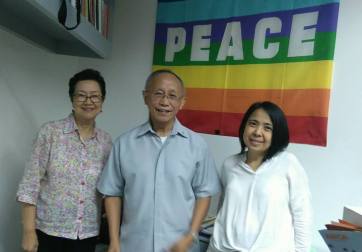 Q: What is the greatest accomplishment of Pax Christi Pilipinas during your history?

Since its birth in the early 1990s, PCP has helped in the promotion of peace, dialogue and reconciliation based on truth, justice and the common good. We have harnessed the strength of young people to work for peace, and we have organised key peace groups involved in peace issues both at the local and national levels. Specific objectives were also met throughout the years. These included the organising of peace groups, mainstreaming peace education, initiating national campaigns that have both direct and indirect impact on peace. Pax Christi Pilipinas has also significantly engaged with the Church in various peace-building initiatives such as interfaith dialogue, conflict transformation and reconciliation. We have also collaborated with local, national and international groups in relation to disarmament issues, among others.

Q: Is there any story about Pax Christi Pilipinas that stands out for you?

Pax Christi Pilipinas is very relevant in today’s time. With violence growing in the Philippines, we need more peace-builders who are bearers of peace rooted in the Catholic faith. It is important for us to serve the communities, to be the bridge toward greater interfaith understanding and to create pathways that will prevent extremism.

A story that stands out was the Elders Meeting in Davao in early 2016 where participants shared why they care about the network. It’s a beautiful story as the network had been sailing through rough times. Elders shared that the peace of Christ is very important alongside sharing the importance of secular peace; that they care because as Catholics, the work of Pax Christi is a calling of their faith and it is this faith that inspires them to work for justice, peace and reconciliation. The Elders shared their hope that Pax Christi Pilipinas continue to be a light in the midst of challenges in the peace and security situation in the Philippines and to shape the organisation to become a “home” to aspiring peace-builders.

The Elders also identified a set of values that they wish to have and carry as Catholic peace-builders and which should characterise their relationship with one another. The identified principles are:

The identification and conscious application of the above principles distinguish PCP from other peace groups with whom we work.