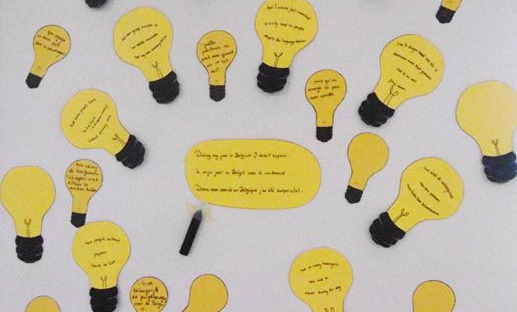 After nearly ten months volunteering for Pax Christi International, through the German program Aktion Sühnezeichen Friedensdienste e.V. (ASF), I had the opportunity to reflect on the experience, in a speech that I presented during the annual ASF event, at Fort van Breendonk, on 2 June, 2016. 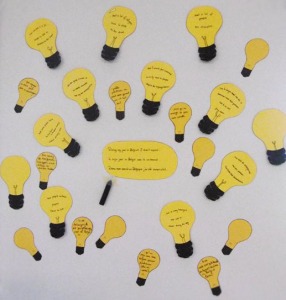 The Fort is a military fortification, which was used as a Nazi prison camp during the German occupation in World War II. It was originally built for the Belgian army to protect the port-city of Antwerp during World War I. The event took place in this location, to highlight ASF’s focus – volunteer programmes in the social sector, political and historical education in the light of Germany’s reconciliation with countries who were occupied during the Second World War.

Here is the original text:

“My name is Tabitha. I’m volunteering in the communications department at the NGO Pax Christi International. First I would like to tell you a few sentences about my work.

In the communications department I read the news of our members; publish them on our website, Facebook, Twitter and in our monthly newsletter. Additionally, via our social media platforms, I inform our followers and members about Pax Christi International’s news. For example, when the organisation participates in UN meetings to give recommendations to reduce military spending or signs a letter to the EU in which we urge them to invest in conflict resolution and prevention. That is the brief explanation of what I’m doing.

Now – as the last speaker – I have the feeling that I am in the position to make a connection between all the great work ASF volunteers have done in Belgium. Here, I can only share MY thoughts on the topic with you.

At Pax Christi International, the first thing I learned was, that everything is connected to each other – not only in terms of the internet. There are many more examples:

What I want to say is, that without work on the ground and kind people, who help those in need, there would be nothing to advocate on an international level about.

If I hadn’t thought about this idea before, I wouldn’t have applied for ASF. I would say, one of the purposes of ASF is to show the connection between social and political work to their volunteers. This was one thing, I have seen bright and clear since I began volunteering.  All of our projects have visible and invisible connections.

I would like to share with you another example: When people talk nowadays about the biggest humanitarian crisis since the Second World War, it means something to us!

Why is that so?

I would say, because we learned about the Second World War and its horrors. We see in commemorations, that there are people who care. There are still survivors of that terrible period and their children and grandchildren are still affected by this issue. For this reason, those, who were not personally affected, can’t look away anymore. They feel empathic and in the best case they act on their feelings and work towards preventing such horrors from happening again.

With the end of our volunteer year getting closer, some of us may start thinking about the impact of our work?

What have we accomplished?

Was there something to accomplish?

For me there is just one thought on that: Maybe we changed the world – who knows? – Maybe we only changed the life of a single person in a positive way – which would be a great achievement already – but maybe we just changed our own life. Now the question: Is this enough? Directly after our year most of us will talk to everyone about it. Our impression, our experiences, everything that comes to our mind.

After that it is possible that there will be a period during which we nearly forget about our time here. We will be too busy – studying, working or doing other things. But I’m sure that there will be moments where we stop, take a breath and remember our time in Belgium. Moments, where we share our experiences and motivations for this year with other. What dreams and nightmares did we have? Which became true? What touched our hearts?

These are the moments that matter!

People will be moved, inspired and they will think about the question: “Why do I care? And for what?”

And they will have to find answer on their own.”