The following Peace Story was written in October, 2015, by Jasmin Nario-Galace, president of Pax Christi Philippines, executive director of the Center for Peace Education, national coordinator for Women Engaged in Action on 1325, and professor at Miriam College, Philippines.

The Center for Peace Education, Secretariat of Pax Christi-Pilipinas and Women Engaged in Action on 1325 worked to ensure that language on women’s human rights, particularly the right to meaningful participation in conflict prevention, conflict resolution and peacebuilding, were integrated into the Bangsamoro Basic Law (BBL), a law that will guide the envisioned Bangsamoro government.

The war in Mindanao, which 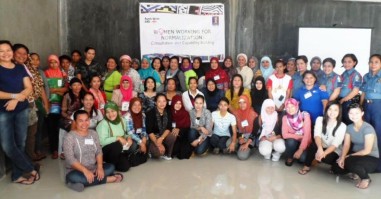 With support from Australian Aid, the European Union and the United Kingdom, more than 3,000 women from the Autonomous Region of Muslim Mindanao (ARMM) were consulted on what they wanted incorporated in the BBL. The women — Moro, indigenous and Christian — normally in the margins, spoke up during these consultations.

We approached the Bangsamoro Transition Commission (BTC) tasked to draft the BBL. We submitted the proposals personally and explained how we were able to generate the proposals to the members of the Commission. When the BTC submitted its draft to the Office of the President of the Philippines, we were delighted to see many of the women’s proposals incorporated in the draft law! 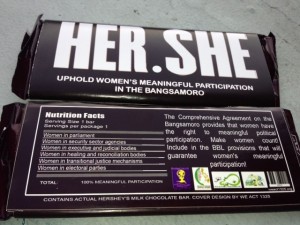 Our next hurdle was the Philippine Congress. Before the big task of lobbying, we went through an advocacy training where we refreshed our knowledge of concepts and techniques in lobbying. Mahatma Gandhi and Martin Luther King, Jr. would have been very proud of us as we employed every bit of campaign and lobby technique we knew. We sent the parliamentarians emails and snail mails. We asked women peacebuilders from all over the world to send our legislators statements of support for our proposals. We knocked on every legislator’s door and if allowed, explained the women’s asks. We frequented the session halls and spoke to every parliamentarian possible. We developed and gave away campaign material such as umbrellas and chocolates.  We attended and spoke in public hearings. We joined and organized public actions, the most notable of which, perhaps, was our Bangs for the Bangsamoro stunt which encouraged people to cut their bangs in support of women’s participation in peace and security-related processes in the future Bangsamoro. We organized public forums to orient the youth on the Mindanao peace process and the BBL. 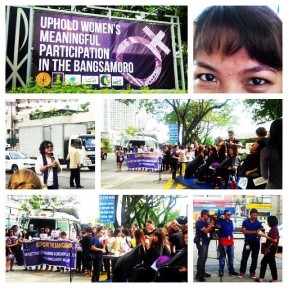 Together with the Catholic Educational Association of the Philippines we reached out to many students from different regions in the country. On Women’s Day, we organized a march in which women from civil society, the security sector and government processed together to call for peace in Mindanao.

With the support of an international organization, we were able to place advertisements in newspapers. And to make sure that our women will be ready to participate when the Bangsamoro government is in place, we organized capacity-sharing workshops on women’s leadership in politics, peace and security. 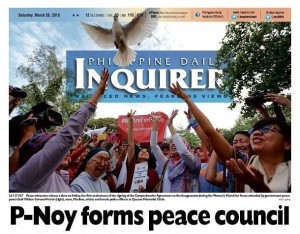 When the House of Representatives Ad Hoc
Committee released its draft BBL, we rejoiced upon seeing that most of our lobby points were included. The Senate version did not put in as much but we are not giving up on them just yet.

The women are waiting for the BBL to be endorsed by the Philippine Congress but months have passed and the bill remains in the interpellation stage. We hope that when Congress resumes session in November 2015, it will give the bill the attention it deserves. After all, the peace negotiations took all of 17 years to complete.

And the women can’t wait to fully and meaningfully count for peace! 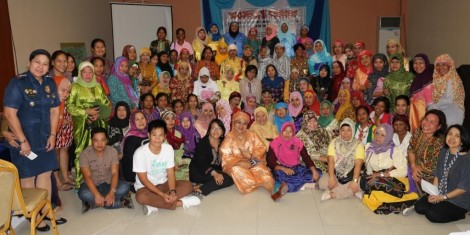