It was in 2002 that I first heard about the decision of the Israeli government to build a wall between Israel and the Occupied Palestinian Territories. I could not believe it! In Europe, we had been campaigning for years to get the Berlin Wall down – and this happened in November 1989.

In the context of the Second Intifada, which began at the end of September 2000, Israel’s security establishment began building the Separation Barrier – a physical barrier between Palestinian population centers in the West Bank, including in parts of East Jerusalem, and Israelis living in the West Bank and Israel. Israel’s main concern is the security of its people. 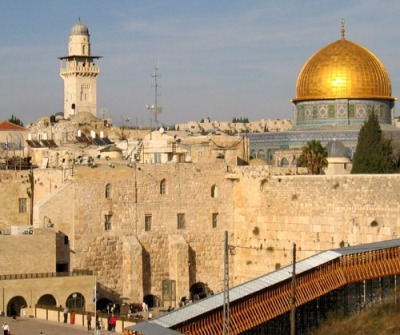 In fact, the wall does not ensure the expected absolute security. In November 2014, five worshipers were killed in a Jerusalem synagogue. On 21 January 2015, several Israelis were wounded in a knife attack on a Tel Aviv bus. Pax Christi International condemns any form of violence against innocent citizens. Yet, building a wall does not guarantee safety and security.

In time, people have given different names to this wall, depending on how one looked at the conflict: a fence, a separation barrier, a security wall, an apartheid wall, a wall of shame (as was the Berlin Wall), a discrimination wall, etc.

Right from the beginning, Pax Christi International has protested and has been campaigning against the building of such a wall. This wall does not improve the peace process between Israel and Palestine.

The “Separation Barrier” constructed by Israel in the Occupied Palestinian Territories is a serious breach of international law and must be removed. Pax Christi International has called all its Member Organisations to focus on the new symbol of occupation – the “Wall of Shame.” This wall creates a prison. Imprisoning people contributes to injustice, human rights violations and internal conflict. The International Court of Justice declared the wall illegal in 2004 and instructed Israel to dismantle it. Nevertheless, construction continued. Pax Christi International continues to campaign against the Wall.

Now it seems that the final touch of completing the wall is in progress: the building of the wall in the Cremisan Valley. 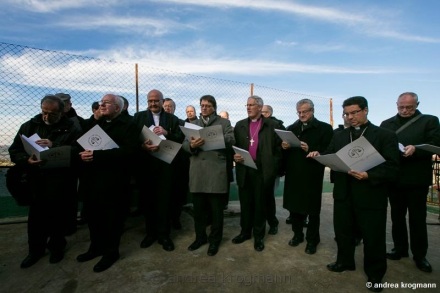 The Society of St. Yves[2] gave us a briefing on the building of the separation barrier in the Valley – this is a case before the Israeli High Court – which attempts the confiscation of 300 hectares (740 acres) of land in Cremisan Valley in order to further develop the so-called security wall.

The wall is intended by Israel not for the purpose of achieving security for its pre-June 1967 borders, but for protecting settlements illegally constructed on land confiscated in the early 1970s. A further objective is to give more room for expansion to Gilo and Har Gilo settlements. Yet, at the same time, the wall alienates the most basic rights and freedoms of the Christian community of Beit Jala. The local population is afraid that the land belonging to 58 Palestinian Christian families and the Salesian convent and monastery might be separated from Beit Jala.  Such a decision would certainly harm the community.

The Salesian convent is at the outskirts of the Beit Jala municipal boundaries and has been part of the community since the 19th century. Next to it are a few houses belonging to Beit Jala which are affected by the planned wall as well. The convent includes a primary school under development and a kindergarten, and it provides extracurricular activities and three summer camps for children. The school also offers tutoring for children with learning difficulties.

Around 450 children – girls and boys, Muslims and Christians alike – from the surrounding towns and villages (e.g. Bethlehem, Beit Jala, Beit Sahour, Al Walajeh and the refugee camps) enjoy the services provided by this educational compound. The convent is one of the 1,500 educational facilities around the world teaching values of truth, just peace and co-existence between different people and religions.

Our concern is humanitarian in nature. The wall risks separating 58 families in Beit Jala from their lands. These families stand to lose access to their properties. In the name of justice and moral principles and values, it is right to appeal the international community to prevent this wall from being built. 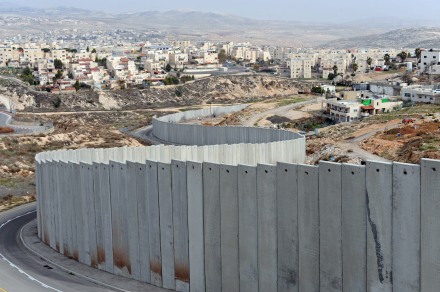 The separation barrier, like the settlements, leads to numerous infringements on property rights, the right to free movement, the right to an adequate standard of living, the right to medical access, educational and social services, and the right to self-determination.

The barrier separates neighbouring communities and splits communities from lands. This threatens their continued survival and seriously hinders any possibility of sustainable development.[3]

We need bridges, not walls.

During his pilgrimage to the Holy Land in May 2014, His Holiness Pope Francis stopped in front of the wall that separates Bethlehem from Jerusalem: he bowed and prayed. That brief stop of the Pope will not be forgotten. Through his prayers, Pope Francis equally wished to bring down the immaterial walls established in hearts and minds: the walls of hatred, fear and arrogance.

Pope Francis on 9 November 2014: “Let us pray so that, with the help of the Lord and the help of all those of good will, we can foster a culture of coming together to bring down all barriers still dividing the world. Where there is a wall there is a closure of hearts. We need bridges, not walls!”

We believe that land confiscation and settlement expansion do not serve peace in the region. We warn of the continuous emigration of the “Cremisan” community, mostly Christians, as a result of building the separation wall.

Pax Christi International is in favour of building bridges and not walls. In January 2014, Pax Christi appealed for the first time the international community for the abandonment of the wall to be built in the Cremisan Valley.[4]

Therefore, the movement calls again the international community to take immediate action to protect the Cremisan Valley’s integrity within the Palestinian side. Pax Christi International prays for all those in power and authority to wake up and realise the values of justice and peace, based on mutual respect and international legitimacy.

[1] Since 1998, the Co-ordination of Episcopal Conferences in Support of the Church of the Holy Land has met at the invitation of the Assembly of Catholic Ordinaries of the Holy Land. Expressly mandated by the Holy See, the Holy Land Co-ordination meets every January in the Holy Land, focusing on prayer, pilgrimage and persuasion with the aim of acting in solidarity with the Christian community as it experiences intense political and social-economic pressure.